Welcome Darko vom Stiftsforst to the KlM-GNA family! Darko was bred by Andreas Kurre in Molbergen, Germany and arrived in the U.S. on Monday, December 14th. The proud owner is Tim Farmer. 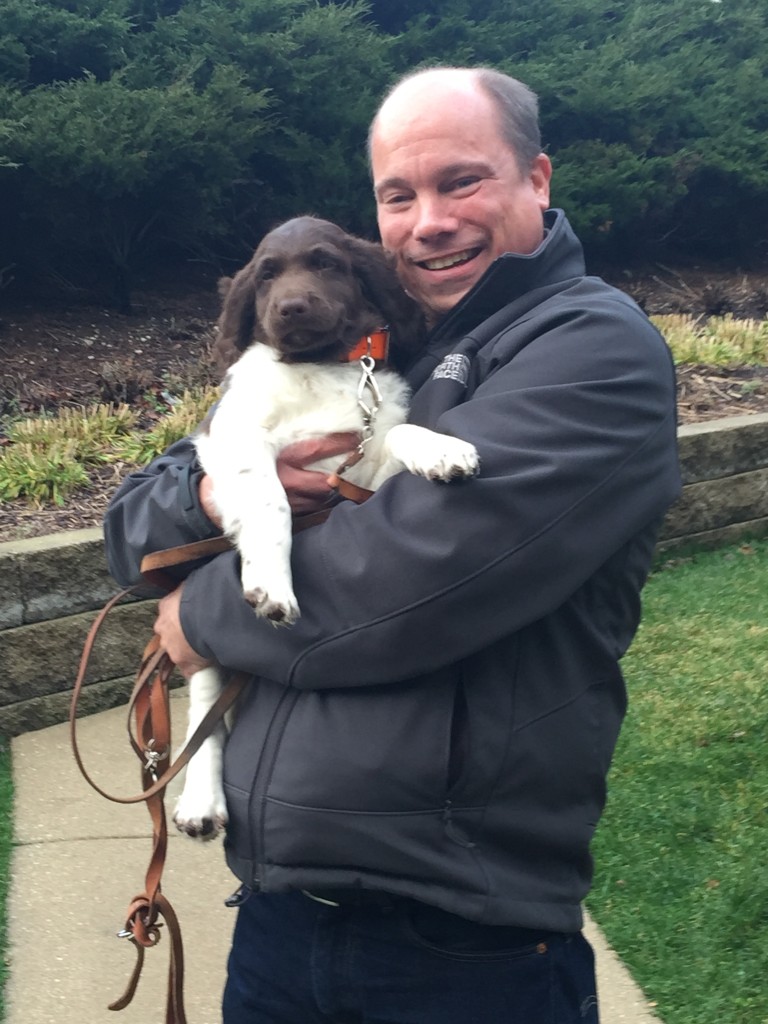 Your membership has enabled KlM-GNA to accomplish so much in 2015!  Please join us again in 2016, as we continue to build the premiere breed club in North America for the Kleine Münsterländer.

We’ve started adding dates to our Upcoming Test Schedule.  If you hear of any upcoming dates not already included, let us know so we can add them.

Chuck (and Reka), me( John Sarvis) (and JayDee), Scott (and Sam Adams), and Dennis and Will (and Paxson). After the dog walk, we adjourned to the house and joined Kathy and Carol (and grandson, Ely). Thanks for all the great food everyone brought, the wonderful hungarian partridges that Kathy cooked up, and the great fellowship catching up on what everyone was doing. And all of the dogs behaved well in the house. It was a fun day for us and the dogs

This is the group from the Anchorage, Alaska Area at their annual December Get Together organized by John Sarvis and Kathy Campbell. 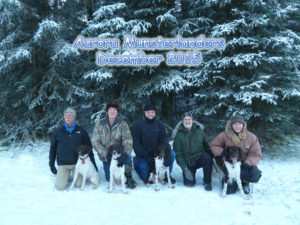