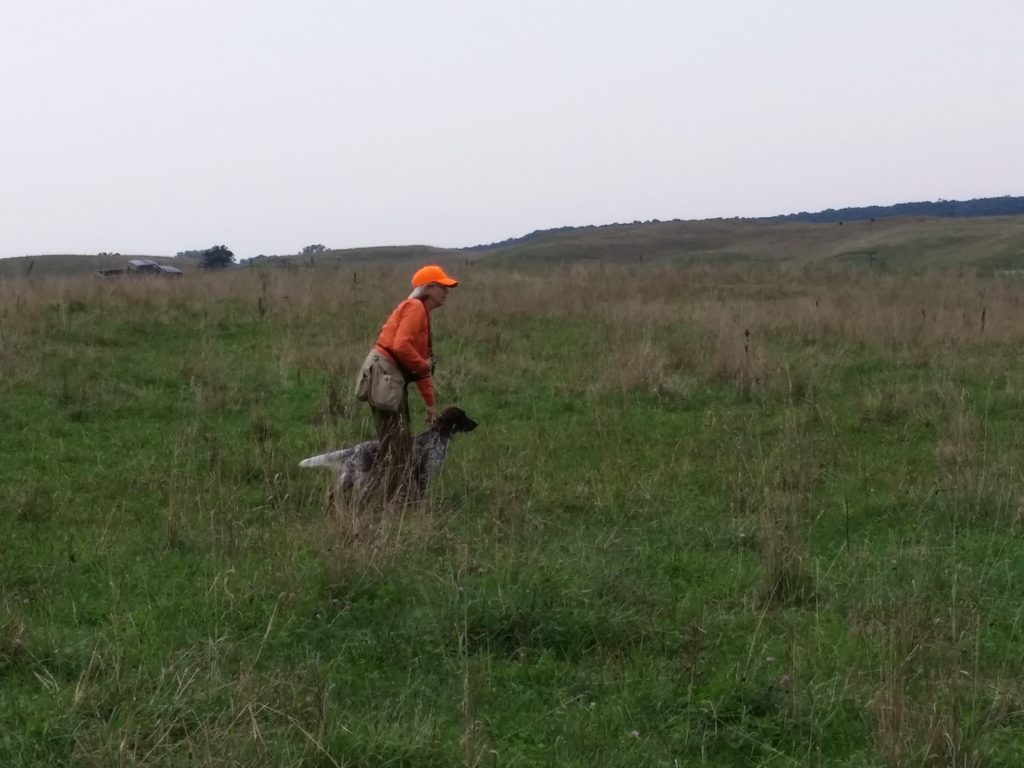 KlM-GNA is proud to announce that we are hosting our very first VJP test!

Fifteen dogs will be testing in Wapello, IA on April 22-23, 2017.  There will also be a JGHV On-Going Education Seminar offered during the evening on Friday, April 21st as well as lots of opportunities to socialize.  Please see the event program for more details. 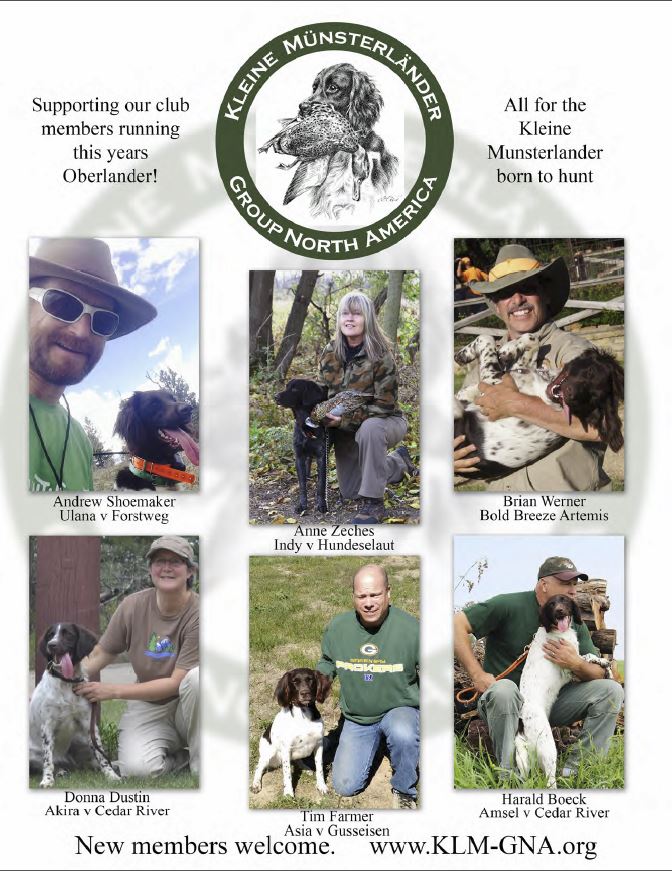 This year President of the German KlM club, Dietrich Berning, will join us for the 2015 Oberländer-HZP. He will judge at the HZP tests, evaluate KlM participating in the Breed Show, offer Conformation Training and Puppy Training and be available to talk about a whole range of issues concerning our club, the German parent club, KlM International, and a host of other issues relevant to the global versatile hunting dog community.

Dietrich Berning is President of both the Verband für Kleine Münsterländer, a club with over 5,000 members and 17 Landesgruppen (regional chapters), and the Verband für Kleine Münsterländer International. He is attending the Oberländer HZP for the first time as a “Verbandsrichter” and Conformation Judge.  Mr. Berning will preside over the KlM Breed Show and offer a seminar for apprentices seeking accredition as KlM Conformation Judges.

Dietrich Berning successfully handled a versatile dog through the VJP, HZP and VGP for the first time in 1974 and has had a German hunting license since 1978. He became a member of the Verband für Kleine Münsterländer in 1989 and has held a variety of leadership posts in the club in the past 16 years. First, Mr. Berning was the Breed Warden of the KlM Landesgruppe Rheinland from 1996-2002 and then President of the Landesgruppe Rheinland from 1999-2015.  At the national level, he has been Chairman of the Working Group “Training and Testing” from 2004-2010, Vice President from 2010-2012 before becoming President in 2012. Recently, he was also named President of KlM International.

Mr. Berning has been a „Verbandsrichter“ since 1991, a Conformation Judge since 1994, a Specialist Breed Judge (“Spezialzuchtrichter”) since 2004 and a Teaching Judge (“Lehrrichter”) since 2008. In addition to his functions for the Verband für Kleine Münsterländer, he has been the President of the JGV Hubertus Wesel since 1990 and the Chairman for Versatile Hunting Dogs (“Obmann für das Jagdgebrauchshundewesen”) in the Wesel Hunting Association (Kreisjägerschaft Wesel) since 1995. He is an active KlM breeder, handler and hunter who enjoys the hunting opportunities for small and large game in his area.

Dietrich Berning hails from the city of Hamminkeln, which is about 15 miles from the Dutch border in the German state of Nordrhein-Westfalen. He is the President of a family-owned construction company, has been married for 35 years, and has two children and three grandchildren.

Congratulations to all our KlM-GNA members and their dogs!
Check out the results of the VJP tests held on April 25 & 26, 2015 in Wisconsin Rapids, WI here. 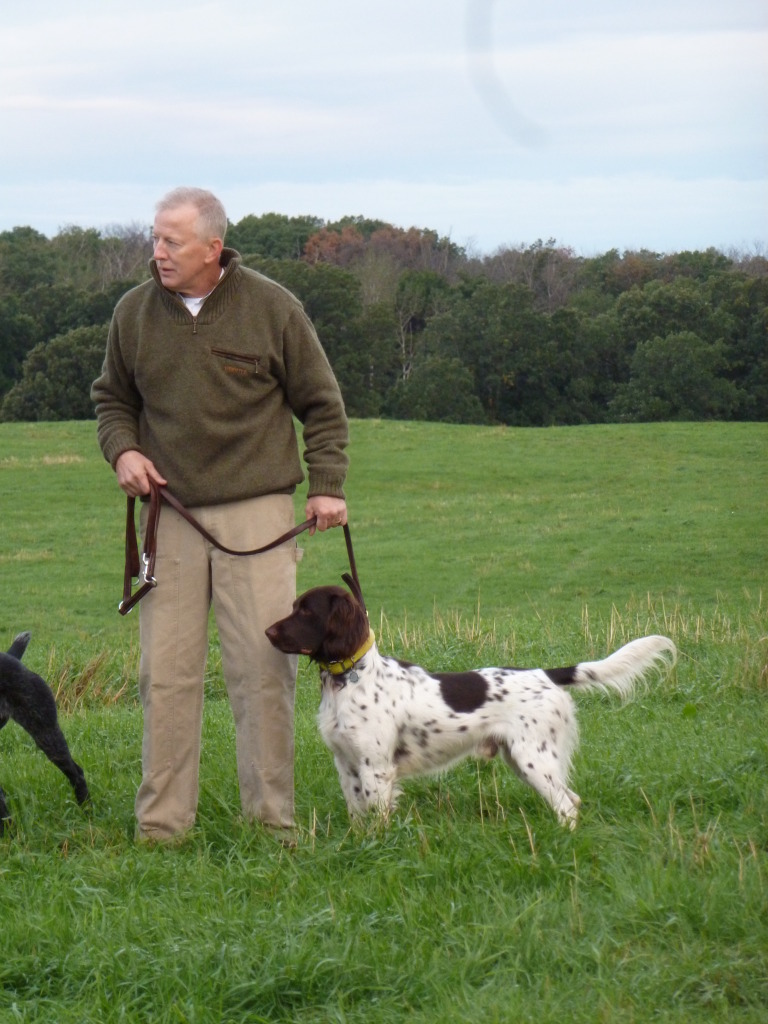 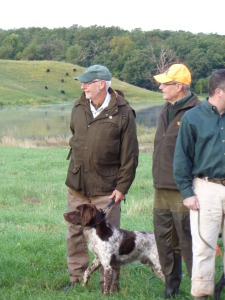 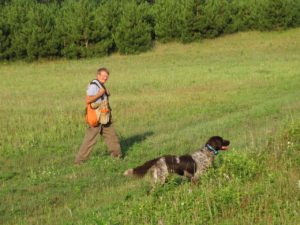 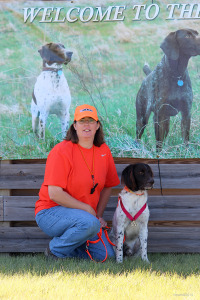 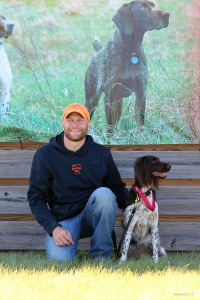 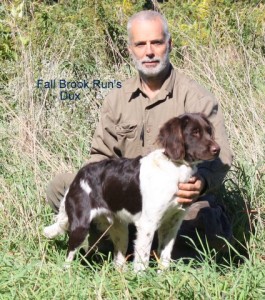 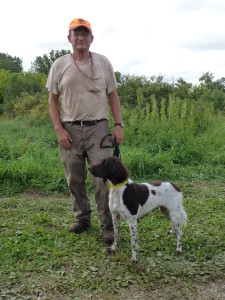 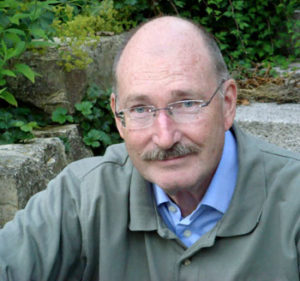 The Board of KlM-GNA was recently informed that Bernd-Dieter Jesinghausen, a former President of KlM Germany, founder of KlM International and a well-known, respected figure in the German versatile hunting dog world, will attend the Oberlaender HZP as a performance and conformation judge.  After judging at the HZP tests on Thursday and Friday, September 11-12, he will preside over the KlM Breed Show and speak about the Kleine Munsterlander at the Parade of Breeds on Saturday, before joining the KlM-GNA club meeting on Sunday, September 14th.

Bernd-Dieter Jesinghausen is 72 years old, and has owned and handled hunting dogs (Dachshund and Kleine Münsterländer) for 38 years.  He has been a JGHV performance and blood-track judge for 30 years.  He is a special conformation judge and judge trainer for the KlM breed.

For 10 years, Bernd-Dieter Jesinghausen was the President of the Verband für Kleine Münsterländer Vorstehhunde e.V., a club with over 5,000 members and 16 regional Landesgruppen.  (The KlM is the third most popular versatile hunting dog in Germany, after the DD and DK.)  He was the founder of KlM-International in 2004 and has served as its President until 2014 when he will “hand over the reins” to KlM Germany President, Dietrich Berning.

Though “officially” retired, Bernd-Dieter Jesinghausen continues to work as a business consultant and advisor for the two firms which he established, Mentis Consulting, a successful HR consulting firm, and Perkura GmbH, a leading provider of outsourcing services.

Bernd-Dieter Jesinghausen lives in the town of Schwabach, just outside of Nurnberg with his wife Edda and Charly, a young Kleine Munsterlander. He continues to be an avid hunter, who oversees a large hunting area outside of Nürnberg, Germany.

On September 10-13, dogs and handlers representing the primary JGHV (German Versatile Hunting Dog Assocation) breed clubs will gather in Hugo, Minnesota for the 2nd Annual Oberlaender HZP (“Herbstzuchtprüfung“ or „Fall Breed Test“) and Breed Shows.  Hosted by the JGV-USA, the event is unique in the annual German testing schedule.  The Oberlaender brings together 35+ dogs and their handlers from most of the German versatile breeds for two days of testing (Thursday-Friday), concluding with a festive, traditional awards ceremony and banquet on Friday evening after the tests.  The Oberlaender then continues on Saturday, when individual breed clubs organize their own Breed Shows, followed by a picnic lunch and the “Parade of Breeds”, a special exhibition and presentation on the history and qualities of each breed represented at the Oberlaender.  Last year, over 100 dogs—from the youngest puppies to gray-haired, wizened grandmas and grandpas—paraded around the show ring in an entertaining display of the best of the breeds.

More information on these events can be found on the JGV-USA website:

The Oberlaender is also an important event for KlM-Group North America.  Firstly, eligible KlM will participate in the HZP or second test in the triad of German tests for versatile hunting dogs (VJP, HZP and VGP).  Those dogs passing the test are eligible for breeding, provided they have also met the club’s conformation and health requirements.

Secondly, KlM and their owners will have a golden opportunity to participate in a Breed (or Conformation) Show during which the physique, coat and movement of your dog will be evaluated by skilled conformation judges.  As to the significance of a Breed Show, KlM-GNA Breed Warden Bobbe Carney notes:  “Breed Shows are a cornerstone for breeding approval in KlM-GNA. They provide evaluation of a prospective breeding candidate in order to maintain the physical characteristics expected in a Kleine Munsterlander based on the FCI standard of the breed.” (See “Breed Shows” on the KlM-GNA website for more information).

Finally, on Sunday morning, September 14th, KlM-GNA will hold a Club Meeting at the event hotel, the Best Western Plus in White Bear Lake, Minnesota.  According to KlM-GNA President John Liscovitz, “The club meeting is really our Annual Meeting in 2014 and will offer a great opportunity to meet other members and discuss our progress in becoming a Landesgruppe of the German parent club.”

For this inaugural meeting of KlM-GNA we will be joined by former President of the German KlM club, Bernd-Dieter Jesinghausen, who will be available to talk about a whole range of issues concerning our club, but also about the KlM in Germany and abroad, the versatile hunting dog movement in Germany, hunting conditions in Europe and a host of other issues relevant to the global versatile hunting dog community.

More details on the KlM-GNA program at the Oberlaender will follow soon.

The JGV-USA is hosting a training weekend on June 21-22 at Kelly Farms in Hugo, MN, for those preparing for an HZP or VGP. For more details: http://www.jgv-usa.org/Training/UpcomingTrainingDays.htm

Check out the JGV-USA website for information on upcoming tests. KlM-GNA is planning a number of ac tivities at the Oberlaender HZP.   Additional details on the test can be found at: http://www.jgv-usa.org/UpcomingTests/2014_Oberlaender_HZP.htm.